Round Coffee Table Lacquered Wood Italy First Half of 1900

Round Coffee Table Lacquered Wood Italy First Half of 1900

Description:
A round table, lacquered and gilded in polychromy, chinoiserie style. Manufactured in Italy, first half of the 20th century.

A coffee table, serpentine legs. Bronze frames and friezes. Shaped marble top with brass railing. Lacquered with ornaments in polychromy and mother-of-pearl. Manufactured in Italy, fist half of the 20th century. 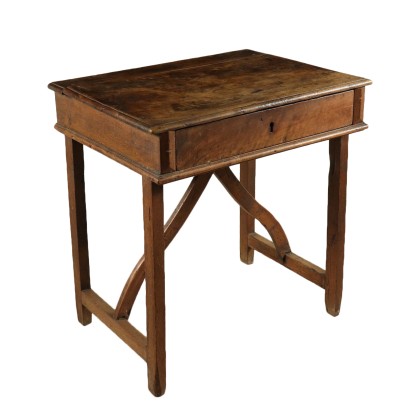 Walnut Coffee Table with Drawer Italy First Half of 1900s

Walnut Coffee Table with Drawer Italy First Half of 1900s

A small coffee table assembled with antique material. A drawer. Manufactured in Italy, first half of the 20th century. 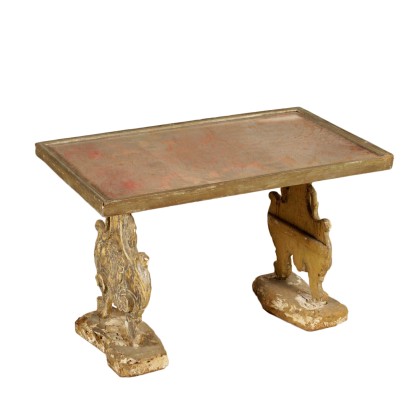 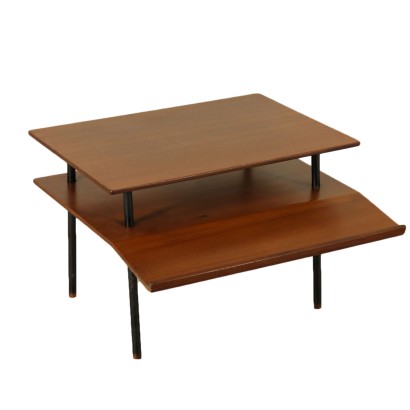 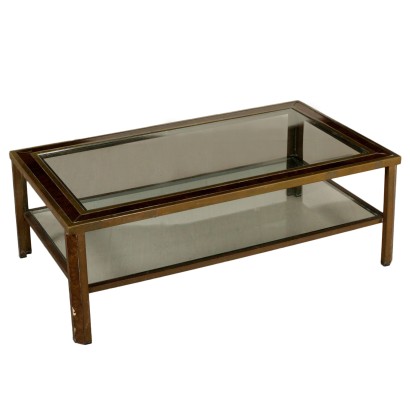 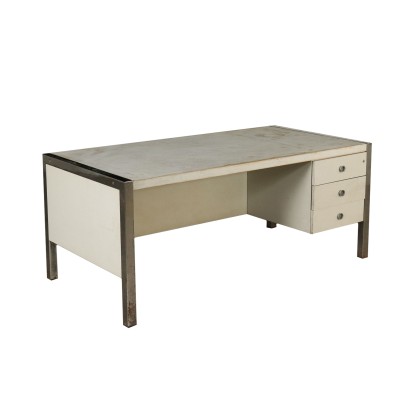 A desk with drawers, lacquered wood and chromed metal. Manufactured in Italy, 1960s. 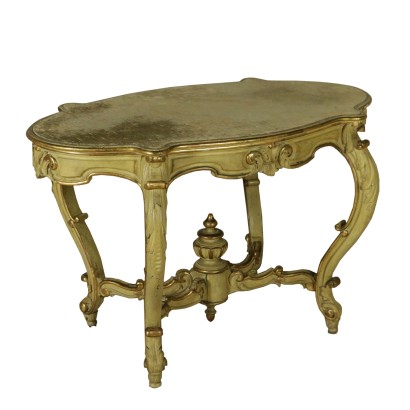 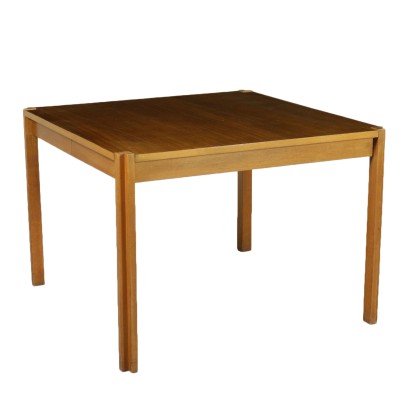 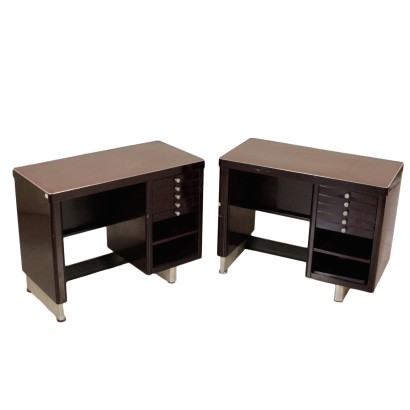 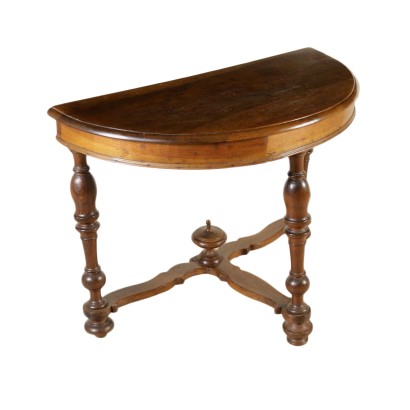 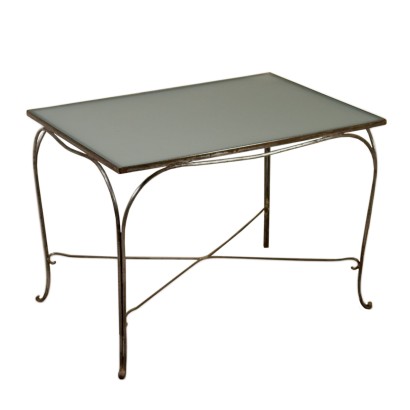 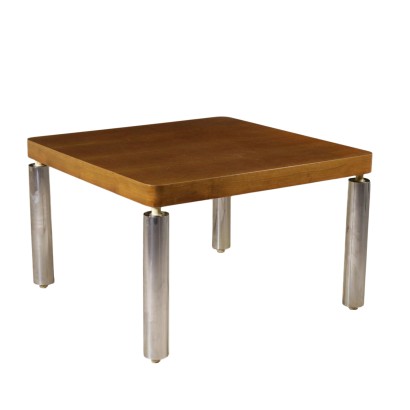 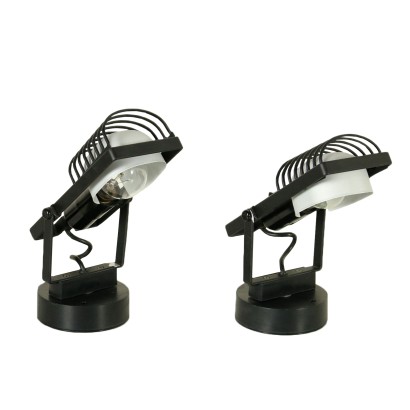 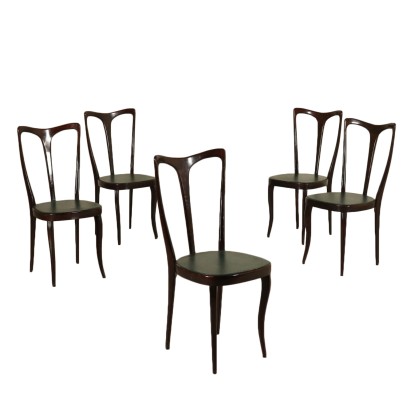 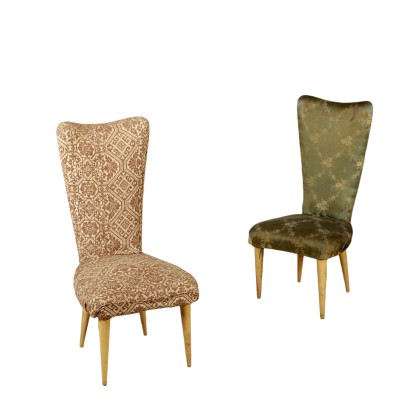 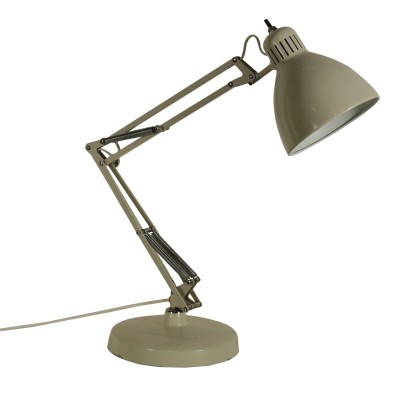 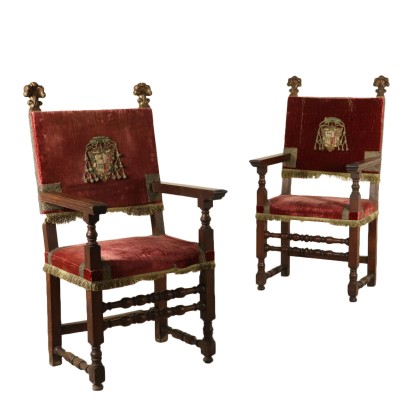 A pair of highchairs with turned uprights and stretchers. Wide arms and terminals with gilded flames. Impressive hand-embroidered emblem on the back. Manufactured in Italy, early 18th century. 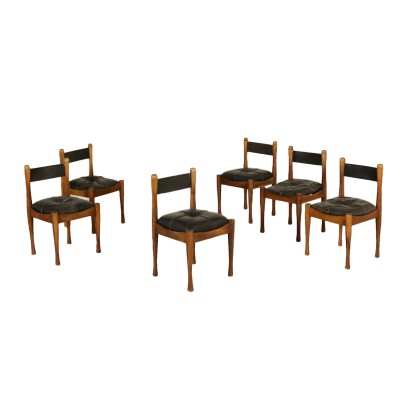 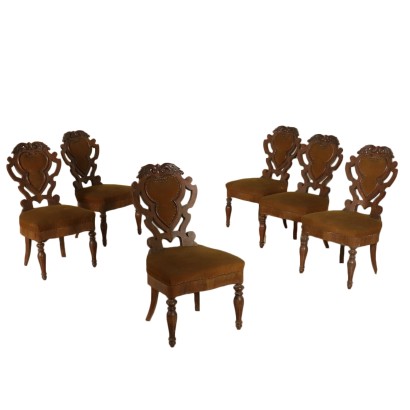 A set of richly carved chairs with turned legs. Perforated back and padded seat. Manufactured in Italy, mid 19th century. 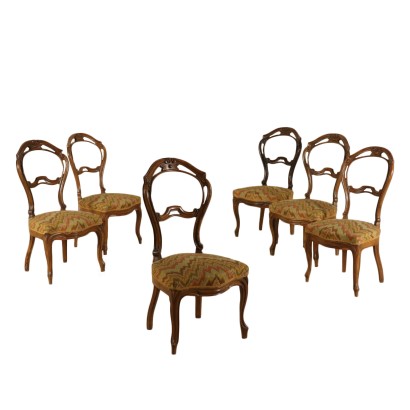 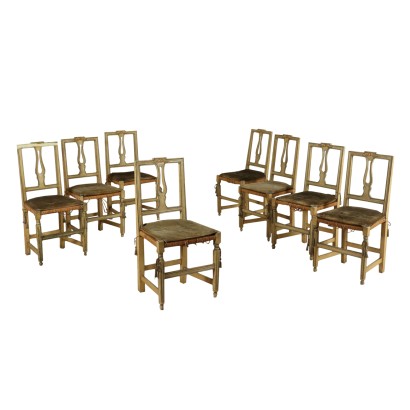 A set of eight chairs, straw seat and open back with perforated splat. Lacquered with two colors. Manufactured in Italy, last quarter of the 18th century. 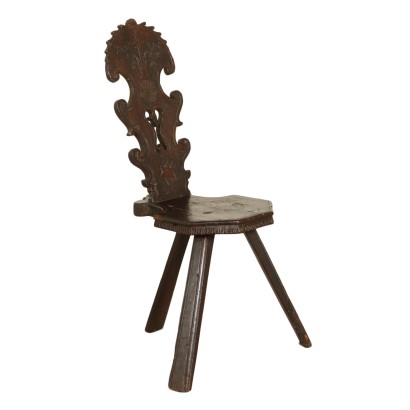 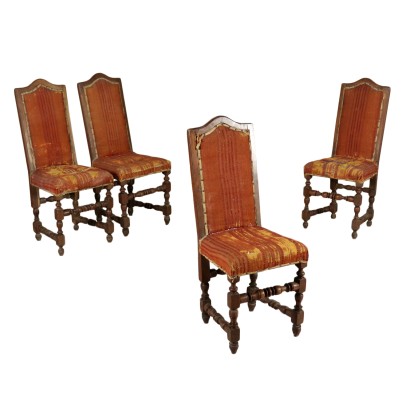 A set of four spool chairs, turned uprights. High back and padded seat. Manufactured in Italy, first half of the 18th century. 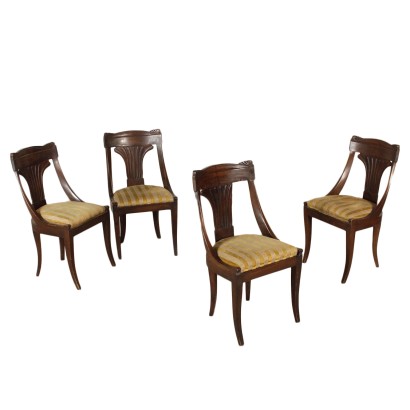 Set of Four Gondola Chairs Walnut Italy First Half of 1800

Set of Four Gondola Chairs Walnut Italy First Half of 1800

A set of four gondola chairs, sable legs. Carved back and seat with padded cushion. Manufactured in Italy, first half of the 19th century.