Description:
A refined Liberty cupboard with shelf, slightly rounded side. Richly carved with a series of drawers, doors and open compartments. The shaped shelf is finely carved with a nymph, mythological figures and flowers. Lacquered and decorated in polychromy. Partly gilded carvings. Manufactured in Italy, early 20th century. 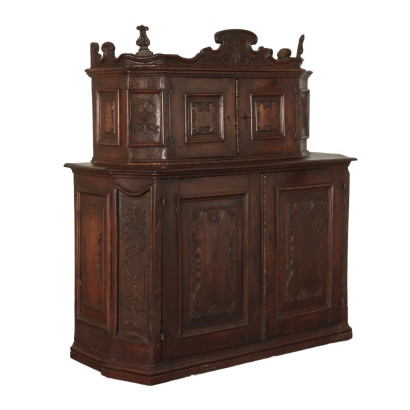 17th century cup board with round pillars. It is supported by a wainscot and has two doors with carved tiles on. Inside there are four drawers and an open compartment. The shelf has also two small doos and two internal drawers. Carved and shaped cymatium. Pillars and tiles finely carved. 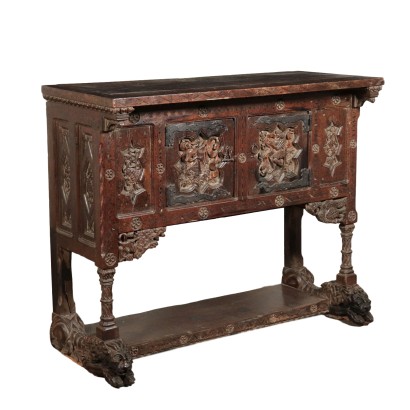 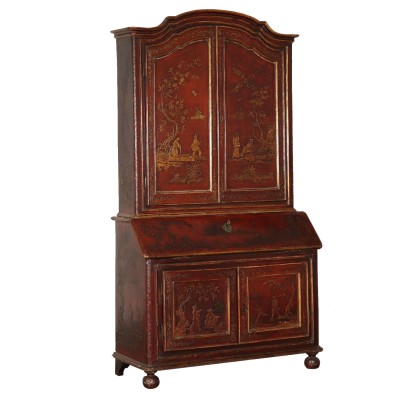 Bureau bookcase composed of a cupboard with two doors and drop-leaf door with inner compartments as a base and upper case with shelves and two doors. Poplar interiors. The piece is made of walnut, completely lacquered with chinoiserie ornaments and red lacquer finish on the outside with embossed gilded figures and landscapes. The colors of the ornaments are reversed inside the cabinet with ivory as background and red lacquer figures. The drop-leaf door is decorated on the inside and on the three small drawers too. Original iron hardware (hinges and locks). Bronze key plate. The lock of the upper door is missing. Manufactured in Piedmont, Italy, mid 18th century. 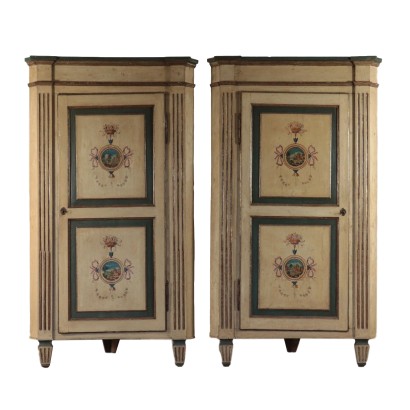 Pair of big corner cabinets with rudentate pillars that end with pyramidal truncated feet and with a two-panels door. Their have ivory and blue lacquered frames on the panels while the frames of the upper molding and on the collars of the feet are silvered. In the middle of the panels there are medaillons painted with landscapes of buildings and hills in the backbround; the rose windows are hels by pink ribbons and sourmounted by a basket of flowers in the middle. Coeval iron keyholes. Original lacquering. 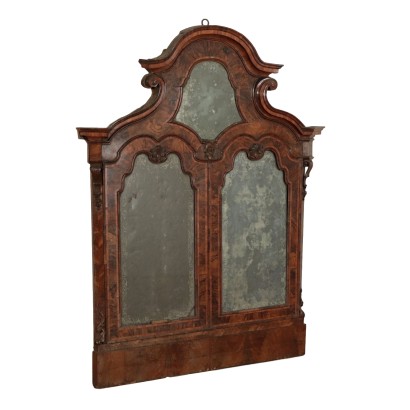 Louis XIV extention of a trumeau that had been turned into a wall mirror. The front is slabbed with walnut burl and threadings. Made of a pair of now- locked doors decorated with leafy engravings and with two large mercury mirrors engraved with acid that creat a decoration along the edges with phitomorphic and flowery motifs. Also the central cartiglio is constituted by a mirror, where it is represented, always engraved with acid, a putto. The walnut selvage, shaped with curly volutes and carvings, has some painted parts to strengthen the grain of the briar. 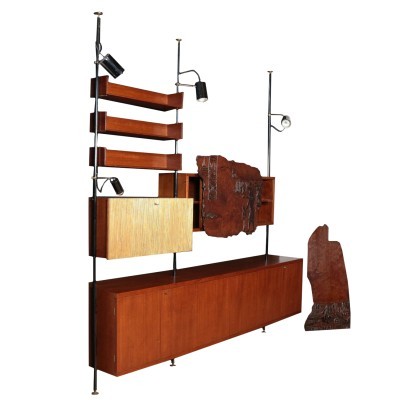 Peculiar floor to ceiling bookcase, composed of a cabinet with swing doors on the bottom, open shelves on the top, double compartments, one with a tilt door and the other one with a very peculiar opening, with a sliding door in solid wood and burl veneer, decorated with some figures carved in the wood. The uprights are continuous in the lower compartment and visible in the upper one, so that they can be used to place some light points, adjustable with a brass junction. Teak veenered, the tilt door is reeded, enammeled metal uprights. 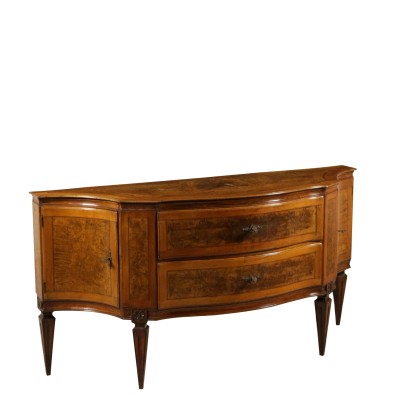 Chest of Drawers from Veneto

Chest of Drawers from Veneto 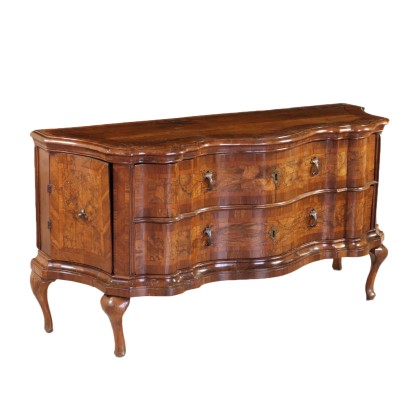 A round chest of drawers with a pair of doors on the sides and a pair of serpentine drawers on the front. Slabbed walnut burr veneered surface with olive threads. Four serpentine feet. The height has been amended, it certainly had a further drawer in the past. Restored feet. Missing locks. Manufactured in Italy, mid 18th century. 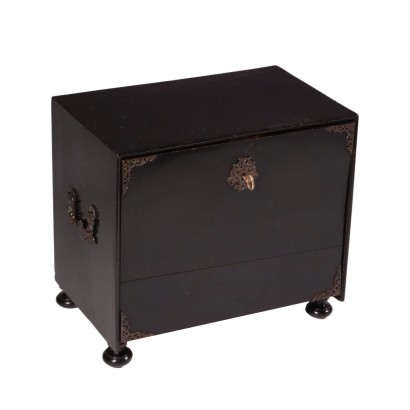 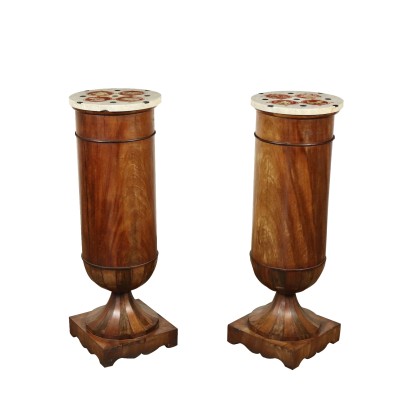 Pair of mahogany veneered columns with marble countertops. The columns are made like vases supported by a square base from which starts a sixtheen segments foot attached to a cylindrical cup; divided in slices till the edge that is mahogany cathedral veneered. Withe marble countertops with inserts of small black circles and zodiac signs, four for each counter. Probably originally they were three columns that contemplated the zodiac signs. 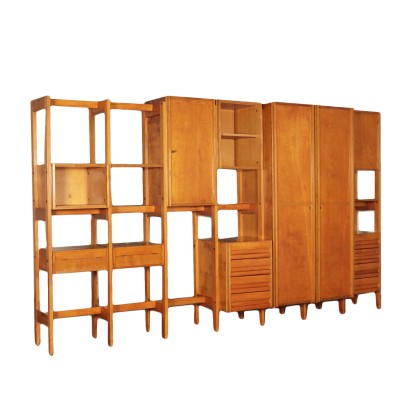 Wardrobe/Bookcase. Only example projected by Mario Vender for a private commission of a house in Brianza. It is made with drawers and open compartments, two coat hangers and two containers that can be opened to create a writing surface. Beech veneered wood, ash tree structure, beech pillars. 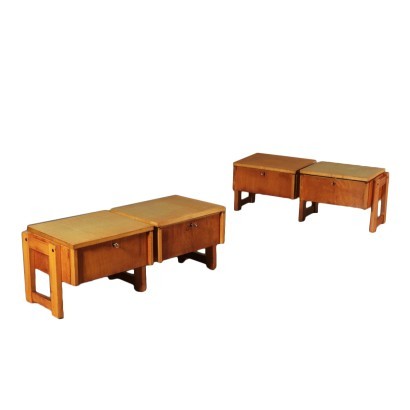 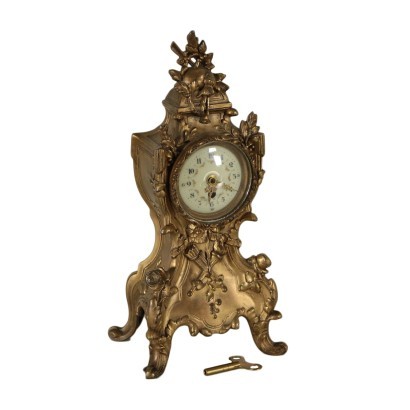 Gilded metal table clock decorated with flowers and plants on relief. Ot top there is a relief bagpipe. The clock has a metallic enamelled vise with arabic numbers protected by a curved blown glass. Finelly pierced bronze hands.

Pair of art nouveau " windows composed of coloured glass leaded; decorated in polychrome, are the reserves of the central round with the lady. 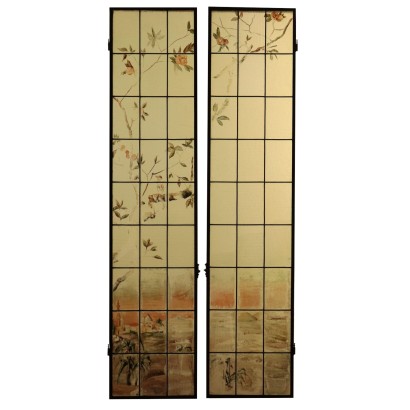 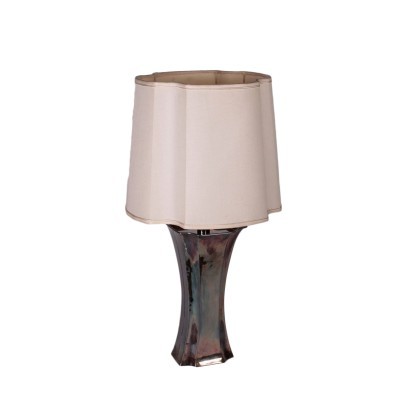 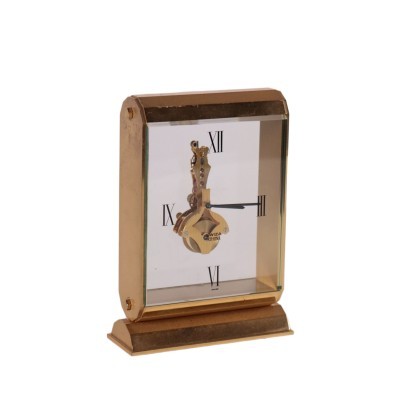 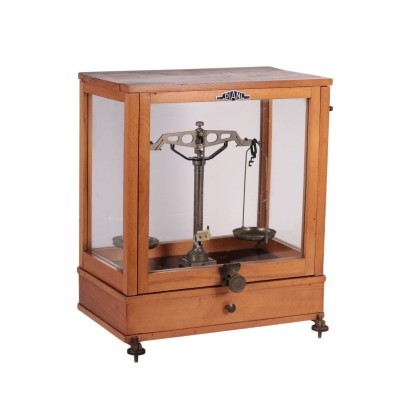 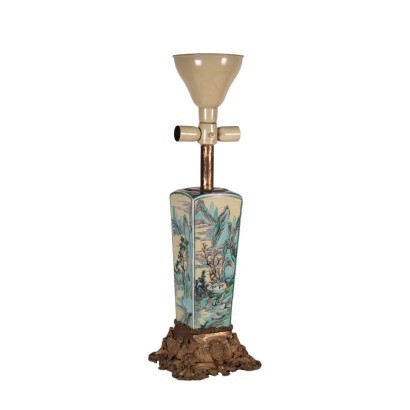 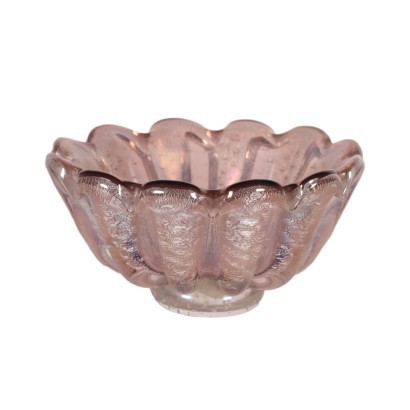 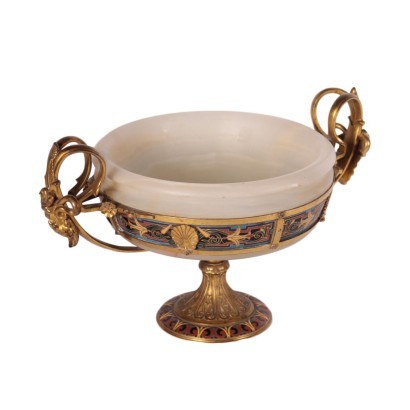 Alabaster goblet held by a gilded bronze support with an enamelled decoration realized with the champleve technique. The base is shaped as an upside down goblet and holds a circular bronze structure with enamelled vegetal themed decorations. Handles with spirals, grotesque masks and snakes. Embossed signature of the author on the base. 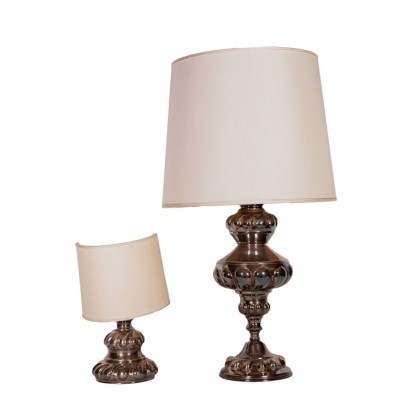 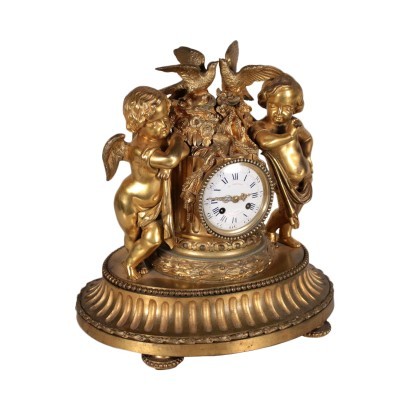 The table clock in gilded bronze has an oval base with fluting, on which leans an antique column where the clock case is held. The clock has two puttos on the sides and it is surmounted by a pair of doves, symbol of conjugal love, resting on wildflowers and heads of wheat. The face, signed E. Mignot à Paris 22 passage jouffroy, presents Roman numerals to indicate hours and Arabic numerals to indicate minutes, five by five; the gilded bronze hands are finely perforated. 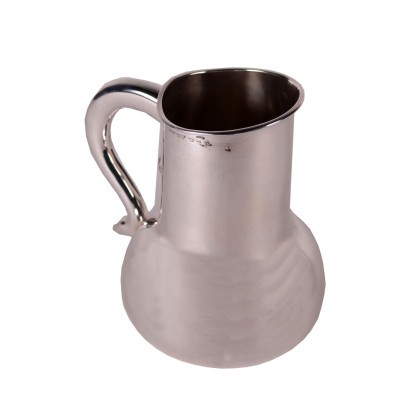