Description:
Composition of ceramic tiles with embossed ornaments depicting dancing and playing cherubs. The tiles are fixed on a non coeval wooden panel and can be removed. Manufactured in Italy, early 20th century.

Product Condition:
Object in good condition. Wear consistent with age and use. Restoration and defects. 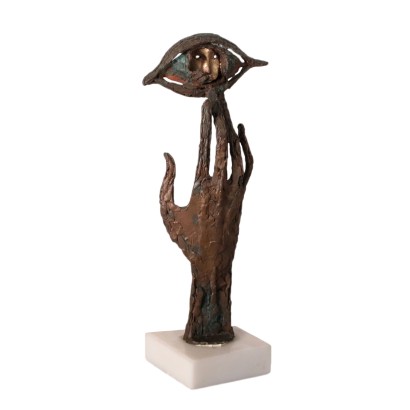 Bronze sculpture with white marble base titled: "la mano con l'occhio e l'occhio con la mano" (the hand with the eye and the eye with the hand). Author's signature is engraved in the base. In attachement small catalogue of the Italo-Argentinian artist. 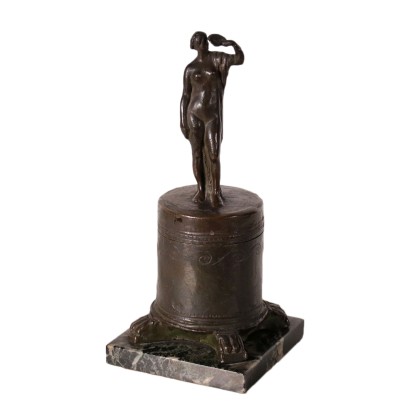 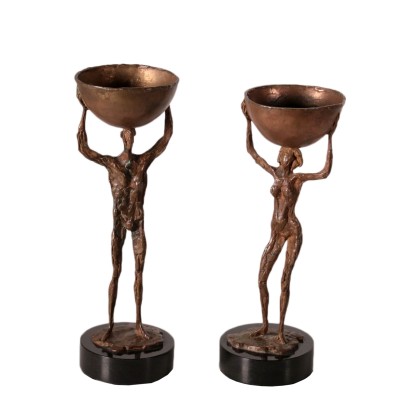 Pair of bronze candle holders with stylized figures holding a cup. Circular base in black marble. The author's signature is engraved in the base, in attachment a small catalogue of the Italo-Argentinian artist. 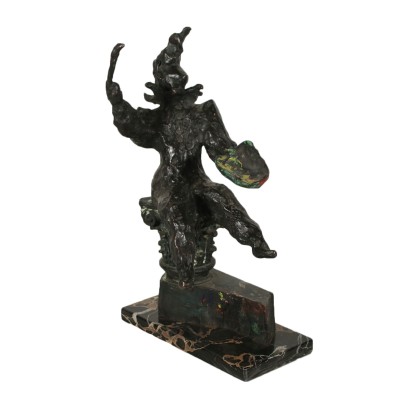 A bronze sculpture depicting a jester sitting on a capital and holding a palette and brush. Engraved difficult-to-read signature of the artist. Limited edition 2/8. 20th century. 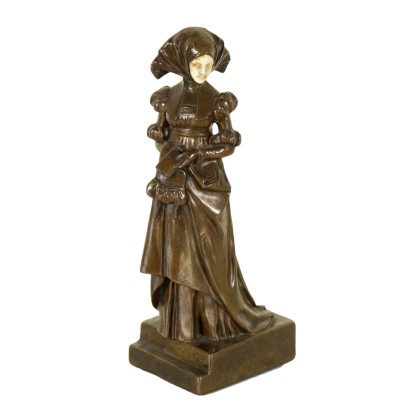 A bronze sculpture depicting a dame with a book made by Emil Meier (1877-1985). The artist signature is engraved. Early 20th Century. 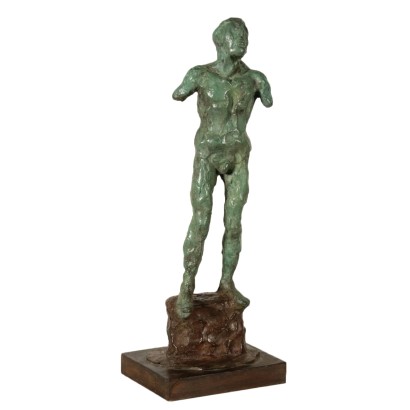 Glazed bronze sculpture depicting a male nude. Wooden base. Signature of the artist engraved at the bottom. Manufactured in Italy, 1960s-1970s. 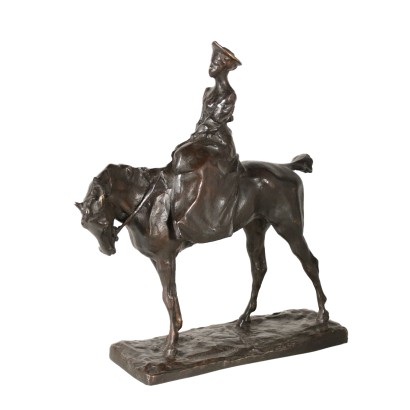 Bronze sculpture depicting a woman on horseback. Signature of the artist engraved at the base. Posthumous copy. 20th century. 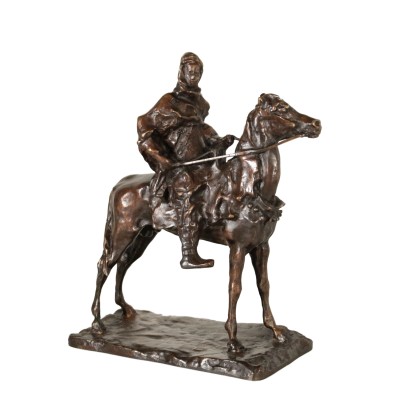 Bronze sculpture depicting a Berber on horseback. Signature of the artist engraved at the base. Posthumous copy. Second half of the 20th century. 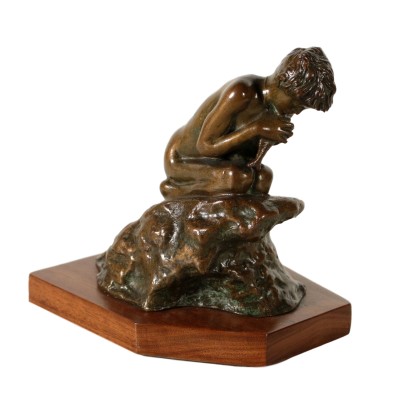 Bronze sculpture depicting a boy fishing on wooden base. Engraved signature of the artist. Manufactured in Italy, 20th century. 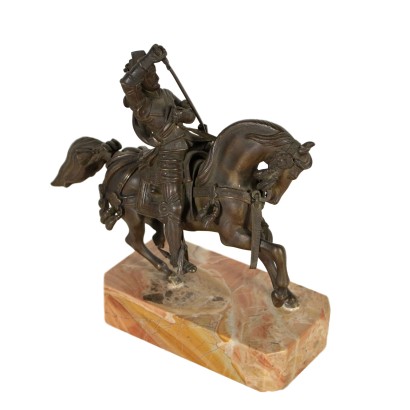 Bronze sculpture depicting a knight on horseback, marble base. The chiseled parts, the detailed armor and the ornaments on the horse highlight the artist's care to details. Anonymous artist. Manufactured in Italy, late 19th century - early 20th century. 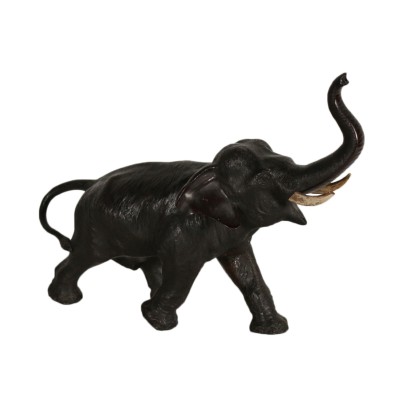 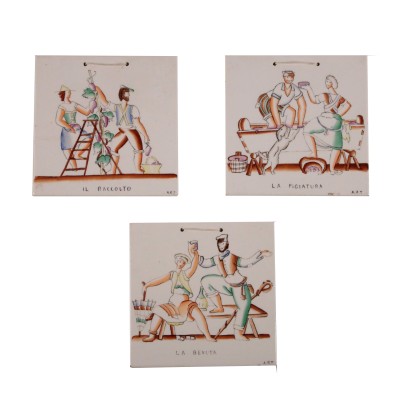 Seies of three tiles with decor depicting: the harvest, the pressing and the drinking. The design is inspired by the famous and important Gio Ponti manufacture. 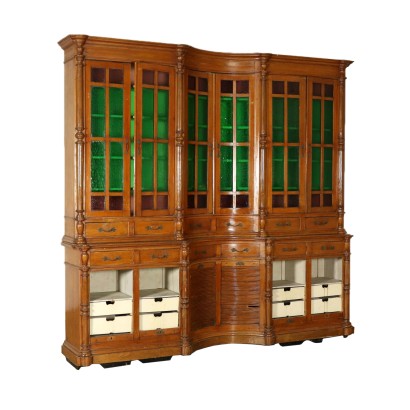 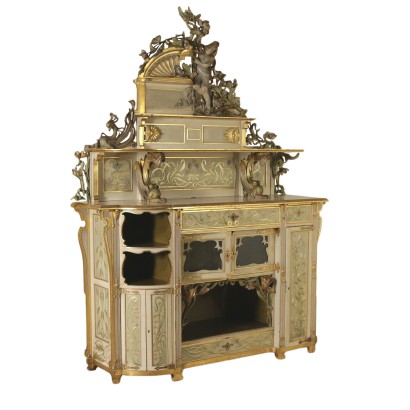 A refined Liberty cupboard with shelf, slightly rounded side. Richly carved with a series of drawers, doors and open compartments. The shaped shelf is finely carved with a nymph, mythological figures and flowers. Lacquered and decorated in polychromy. Partly gilded carvings. Manufactured in Italy, early 20th century. 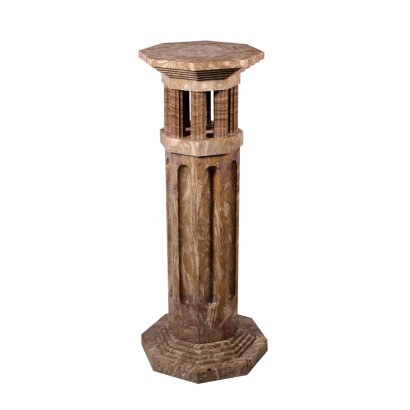 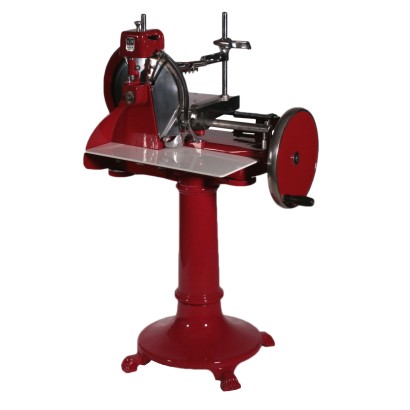 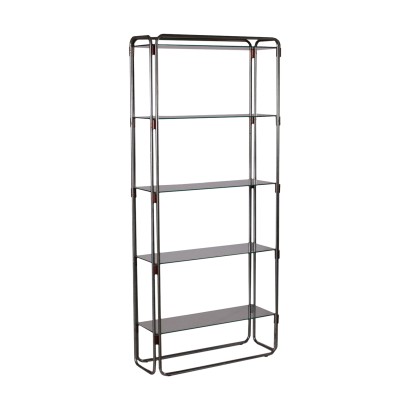 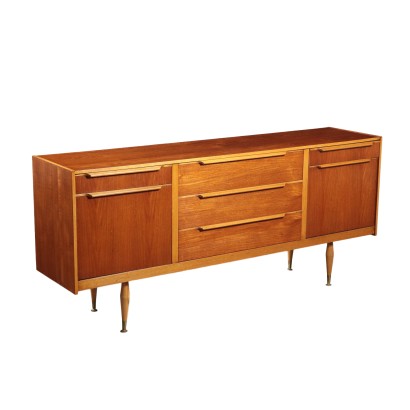 Sideboard with hinged doors, a flap and drawers. Wood veneer, teak. Very good condition may show minor traces of wear; may have undergone restoration work carried out by an expert. 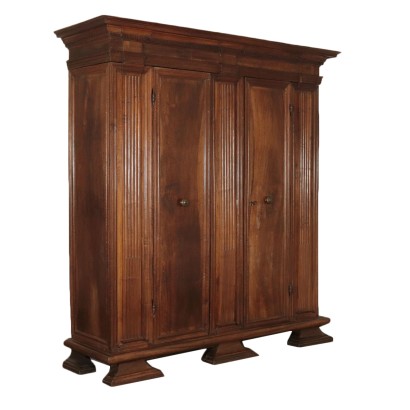 Important antique wardrobe with three big double bracket feet. It has three cabled uprights and two doors with bronze knobs, made with one framed walnut board. The upper part is decorated with several orders of frames and a notched frame. 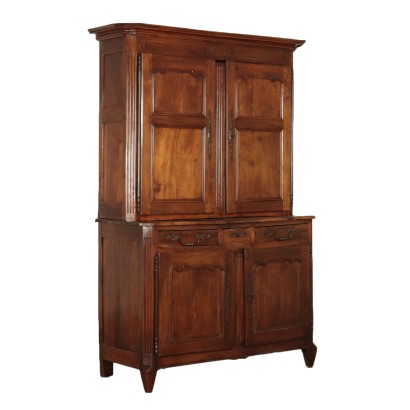 Cupboard with four doors and a central false fluted upright with three drawers aligned under the counter. Big iron hinge on view. The doors have shaped panels and wrought iron nozzles. 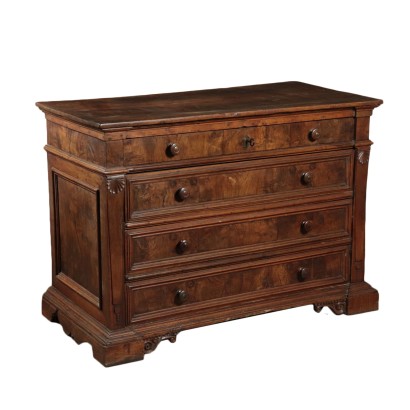 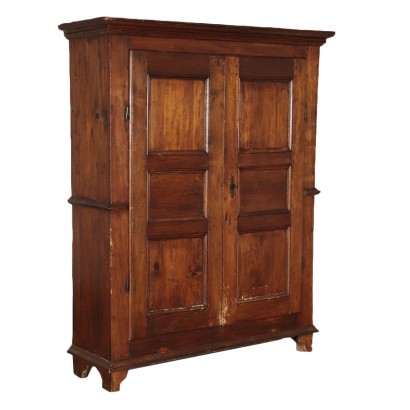 Piedmontese double body wardrobe. It has two doors with tiles and is composed by two dismountable bodies. Bracket feet. 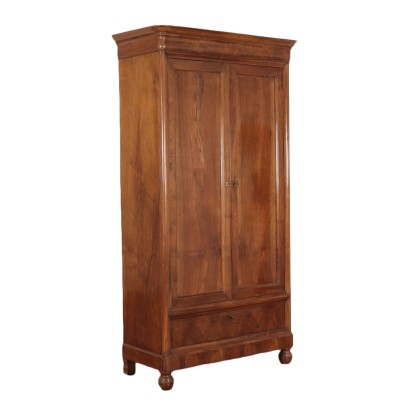 Elegant wardrobe with two doors. Walnut feather banded drawer and tulip shaped top. It has turned feet. The inside is made in cherry wood. 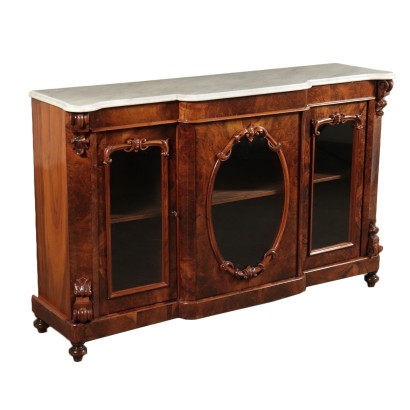 Cupboard with serpentine front. It has three doors with glasses, the central one is oval shaped. Carved frames and pilasters. The top is in shaped marble.