Description:
Pair of Liberty bedside tables supported by curly shelf-shaped frontal feet. They have a frontal door sumounted by a drawer in the undertop band. Walnut with marple inlays, 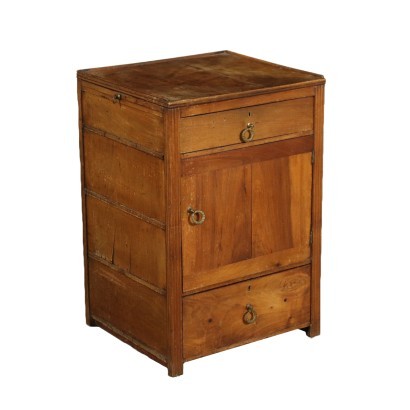 Directional work cabinet, has a drawer in the lower band, surmounted by a door and another drawer; on the sides, under the top, there are two drawers. Walnut. 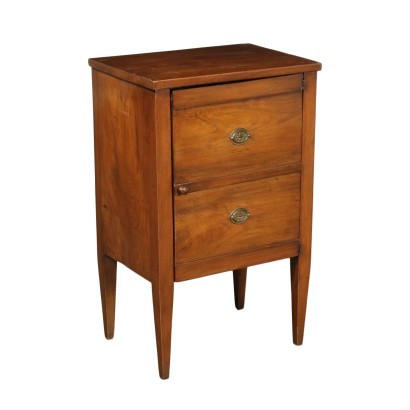 Directoire bedside table supported by pyramidal truncated legs; the door had been made by modifying the original open compartment. Walnut with poplar interiors. 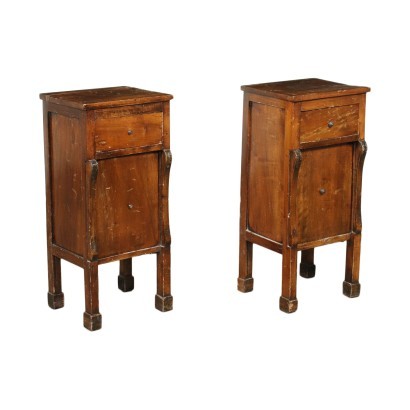 Pair of restoration bedside tables with plinth-shaped feet; they have a frontal door framed by curved pillars that support the lightly projecting undertop band in which ther is a drawer. Walnut with marple interiors; the top of the pillars is decorated with embossed shear plate. 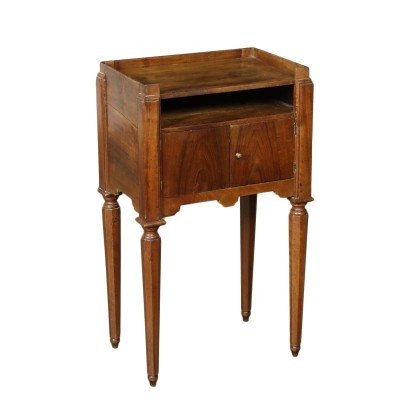 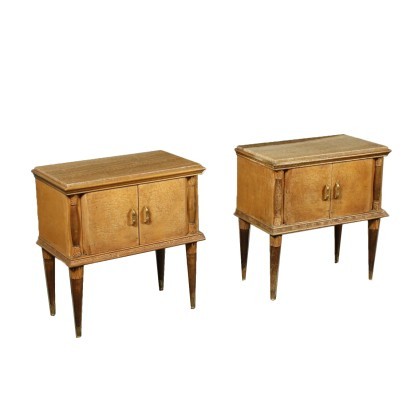 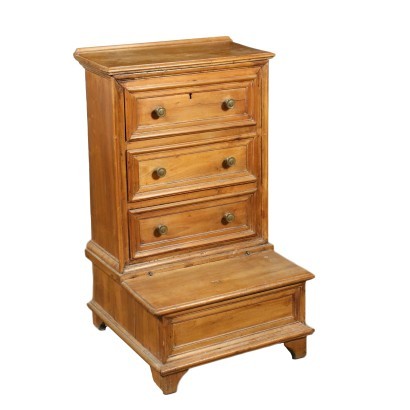 Walnut kneeling stool supported by shelf-shaped feet; the kneeling surface can be open and hides a compartment; 3 frontal drawers. 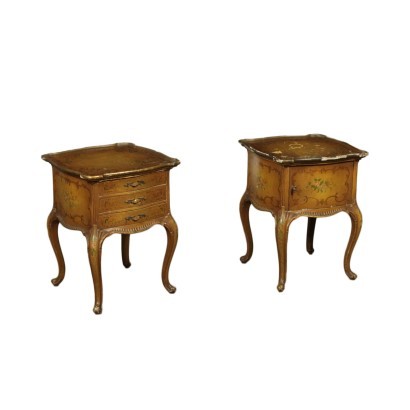 Pair of Venice Barocchetto revival bedside tables supported by curved legs; one has a door and the other one has 3 surmounted drawers; tray top. They are refined, lacquered and embellished with painted flowers. 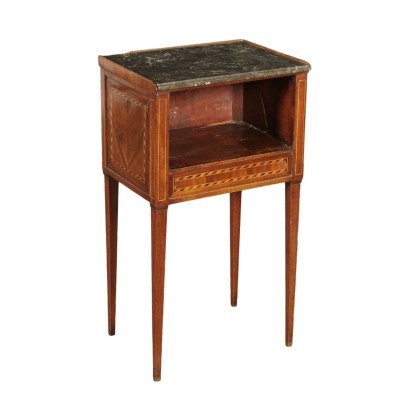 Neoclassical open bedside table, supported by tall and thin truncated pyramid legs, there are three drawers on a side, the two on the top are fake; on the opposite side, there is a compartment that is now open, but originally had a door with drawstring closure. Cherry with maple and ebonized wood threading, the top is in black marble. 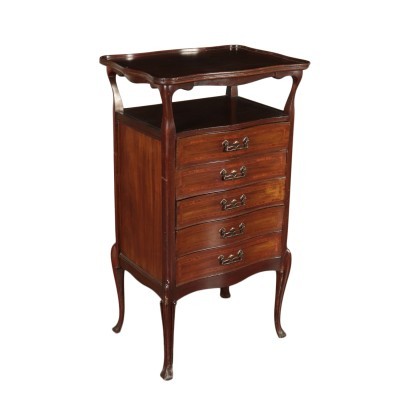 Liberty bedside table supported by 4 curved legs and with 5 small frontal drawers. 4 pillars stand above the to support a tray with a refined edging creating an open compartment between the tray and the top. 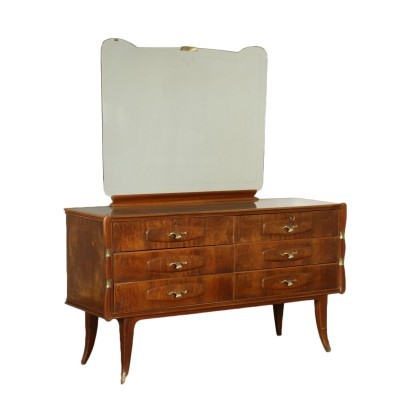 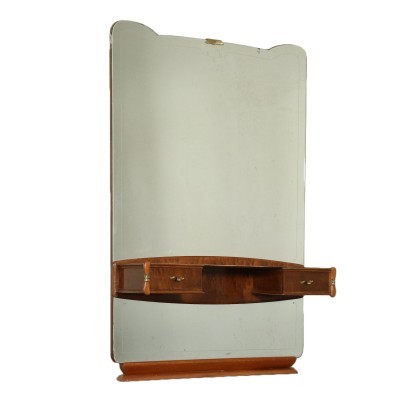 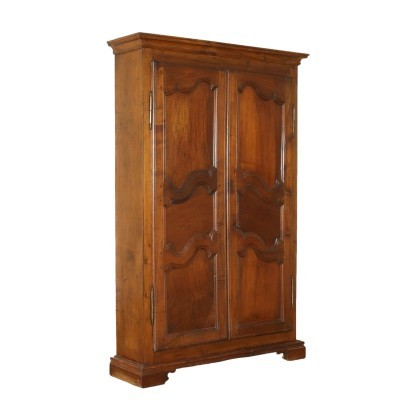 Provencal wardrobe with two carved doors with shaped tiles; in walnut, it has been reduced in size. 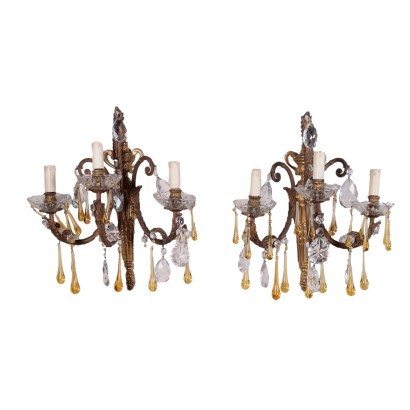 Pair of three-light sconces, in worked and gilded bronze, decorated with glass pendants. 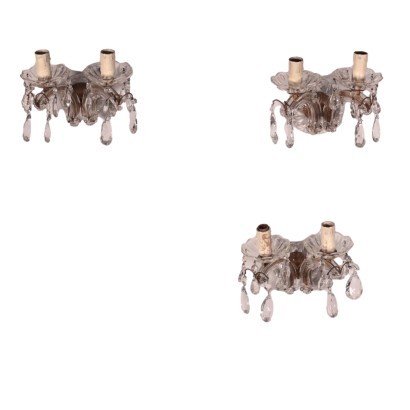 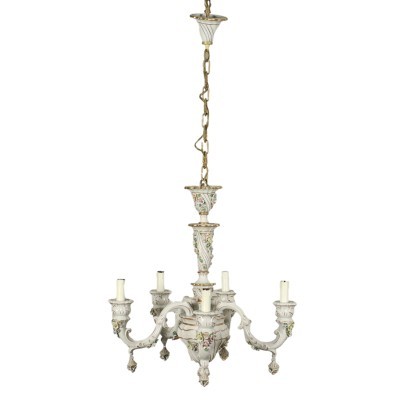 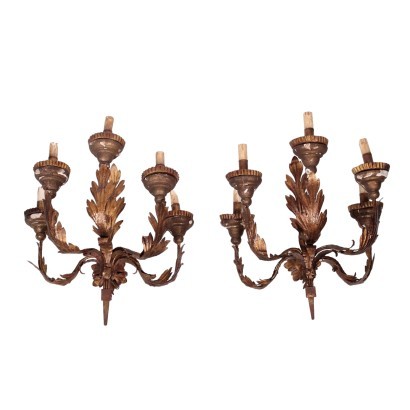 Pair of five-light wall lamps, in wrought iron decorated with leaf motifs in sheet metal, the candle-holder corollas are in carved wood. 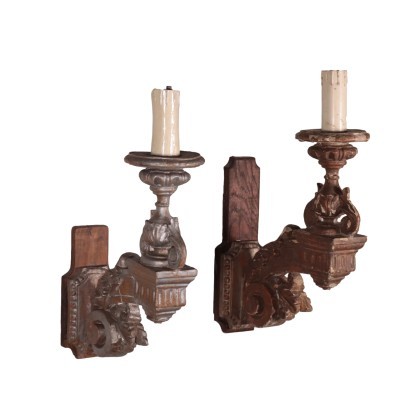 Pair of applique in carved and silvered wood, one belongs to the eclectic period, while the other is a late copy. 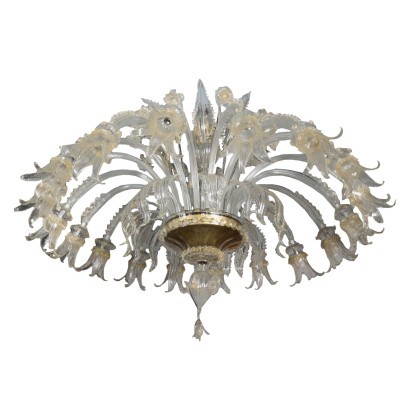 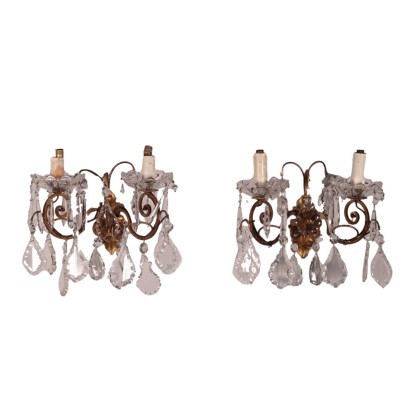 Pair of two-light sconces, in bronze decorated with glass pendants, even the candle-holder corollas are in glass. 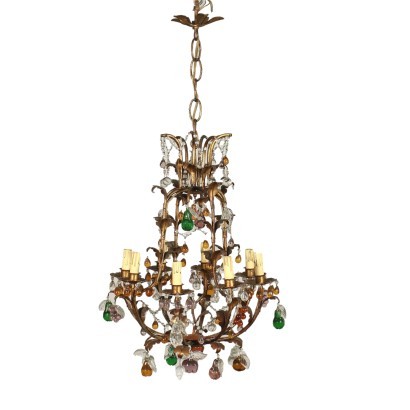 Chandelier dating from the early twentieth century, with eight lights. Bronze structure decorated with leaf motifs in sheet metal; it is decorated with glass pendants, some of which are colored and fruit-shaped. 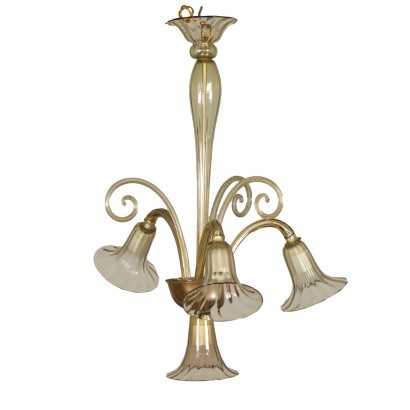 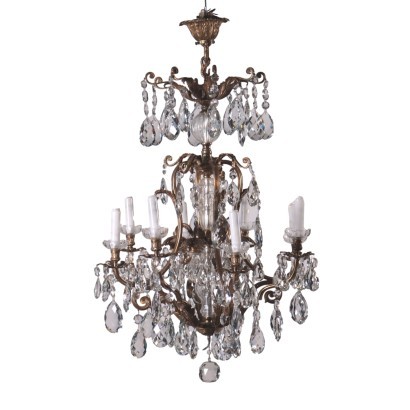 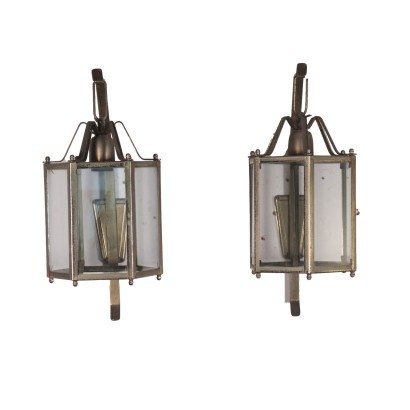 Pair of lantern wall lights, in metal and glass. 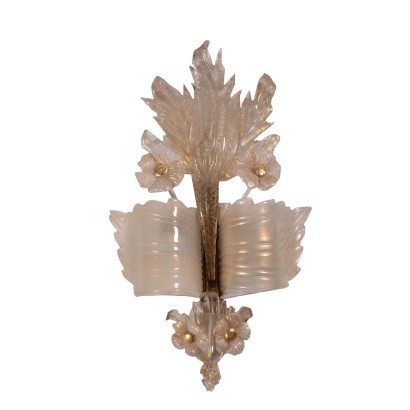