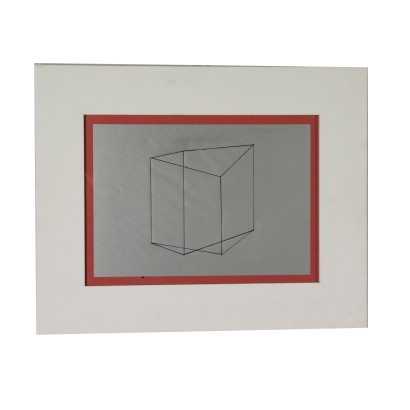 Indian ink on silver paper. Signature in the lower right corner. The work is sold with authentication on picture issued by the Artistic Commission of Gianni Colombo's Archive (Authentication N. 1333), which places the work within the series of graphics "Without title" made by the artist approximately in 1970. Gianni Colombo was born in Milan and studied at Brera Academy. Since he was young, he used different materials and languages from pottery to graphics, from photography to cinema. In 1959 he was one of the Group T founders, whose mass and personal demonstrations had a common program and aimed at saving the main historical avant-gardes' themes - especially futurist, dadaist and constructivist's ones - in order to revise them on the basis of more recent experiments and artistic research. Since the 60s, he experimented himself with the first kinetic works with new perceptive structures through game of lights using Plexiglas, light projections on mirrors, virtual shapes and movements, structures and habitable settings. Presented in frame. 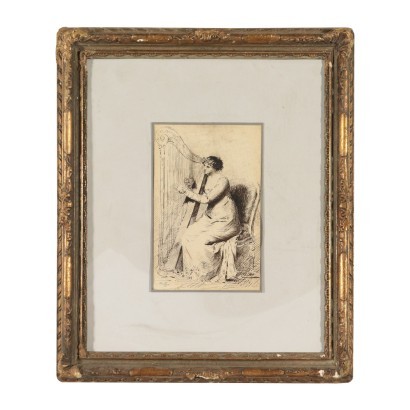 Indian ink on paper. Signed by Colombino and dated 30/12/1880 in the lower left corner. The pleasant drawing is accompanied by a small card with information on the artist, who is defined as a miniaturist. Stains due to humidity. The frame dates back to mid 20th century.