Trunks, Fireplaces, Chests, Columns, Kneelers, Corbels, Bar Furniture, Screens, Doors, Psyche and Toilette of antiques, modern antiques and design: in this section you can find all of the furniture is not similar to other categories of our catalog.


You have the furniture or accessories similar to sell? Contact us! 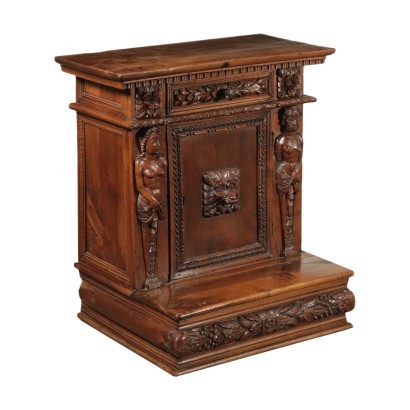 Kneeler production of bergamo, in walnut wood, richly decorated with wood carving. On the front there is a door surmounted by a drawer. The uprights are formed by two caryatids, while the top of the nuts that connect to the floor are decorated with grotesque masks, similar to those at the centre of the leaf. The drawer of the band, the underside is carved with a festoon, which recalls the one present on the strip at the base, also concealing a drawer. 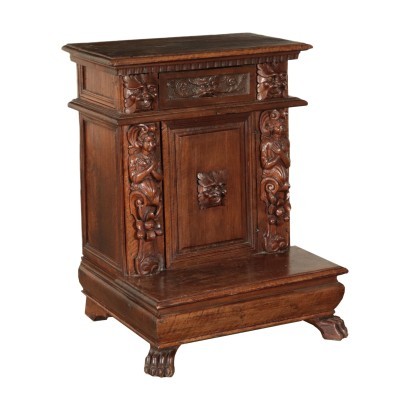 Kneeler production of bergamo, in walnut wood. Supported by four legs, the front ones by the shape of a lion, the kneeler has the openable top. The raised features on the front of a door surmounted by a drawer, richly decorated with a wood carving: the uprights are formed by two caryatids, while in the upper range, the nut that connects the ground and the tray are adorned with grotesque masks, lay small drawers, reminiscent of the one in the center of the door. 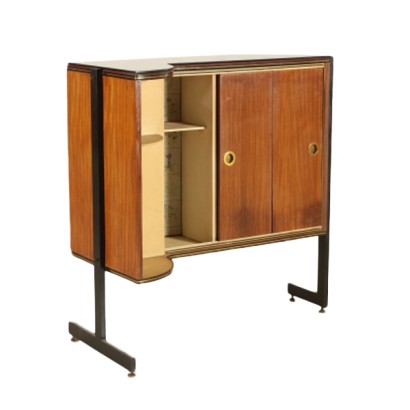 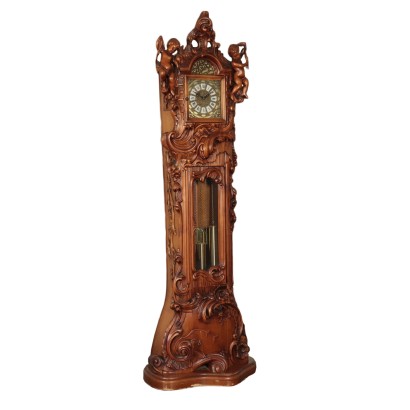 Pendulum in the Baroque style, has a richly carved volutes fogliacee and floral, while in the upper part, all round, there are two putti. The dial is marked with roman numerals and is decorated with a bas-relief in sheet metal in bronze; even the hands are openworked and decorated. 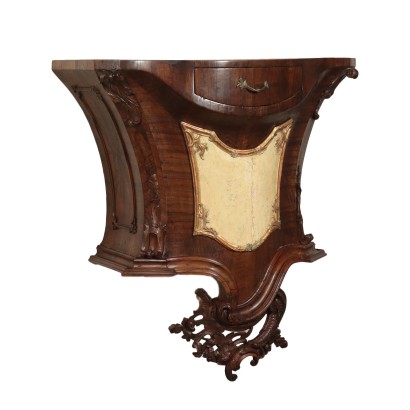 Raising part of an ancient furniture turned into a kitchen cabinet-console. With a wavy and carved line, it has a drawer and a reserve both lacquared. 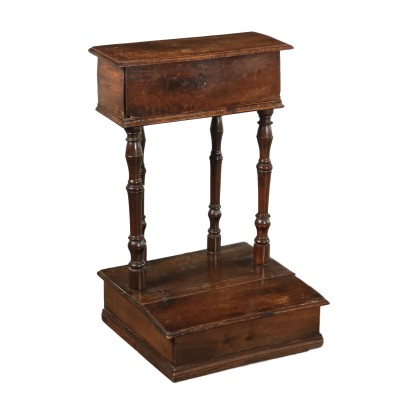 kneeling-stool supported by four refined columns on a base with folding door. Drawer on the band. 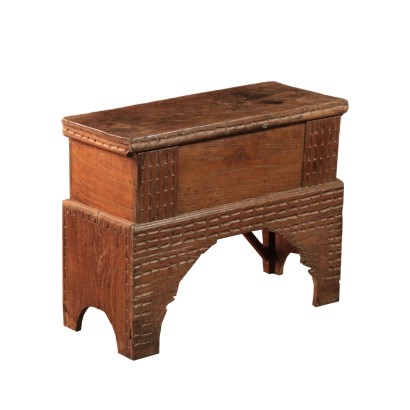 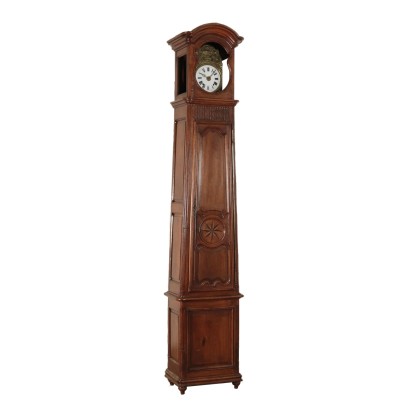 Pendolum clock with two bodies, a door carved with a wind rose and top part has some glasses missed. Clock enriched by a cantilevered shear plate. 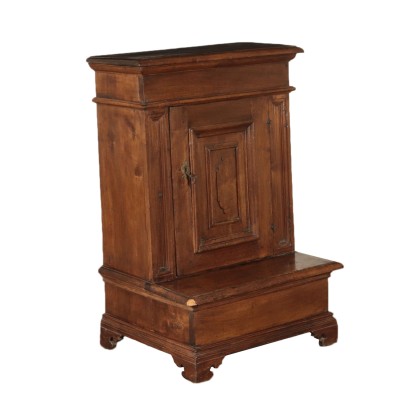 Kneeler with bracket feet; it has one door with inlayed tile. The top and the kneeling space are openable with drop down door. 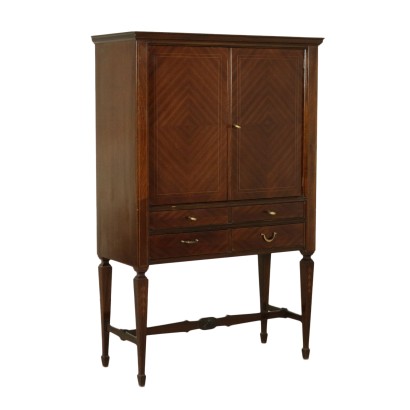 A bar cabinet, rosewood veneer with inlaid ornaments and threads. Glass and mirror inside. Manufactured in Italy, 1950s-1960s. 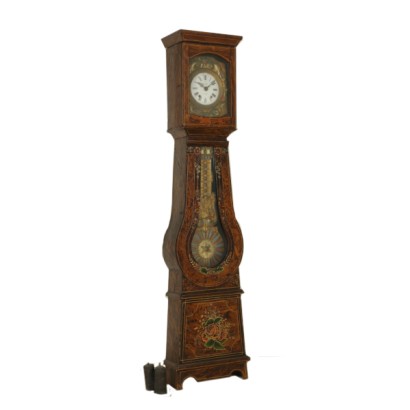 From the line move has two shaped doors with glazing. Embossed metal dial and pendulum and decorated in polychrome. Branded Depupet.

Elegant pendulum clock with two doors of which the upper one has glass and the lower one has a reserves with glass embellished with panoply of crafts. Richly inlaid with various essences. 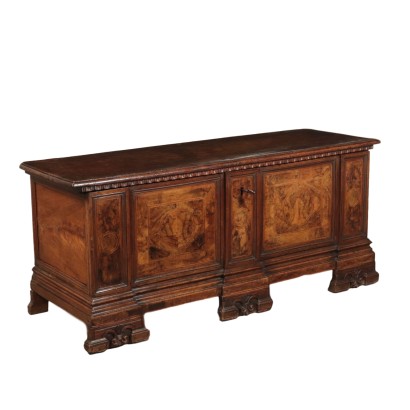 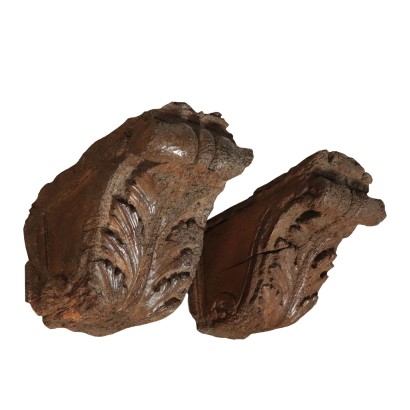 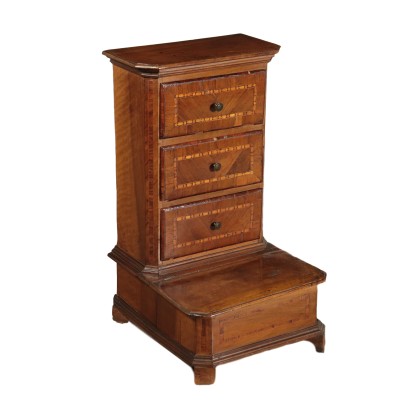 Elegant kneeling-stool with three drawers. It has a folding kneeling counter. Marple and olive inlays and threadings. Head wood profiles. 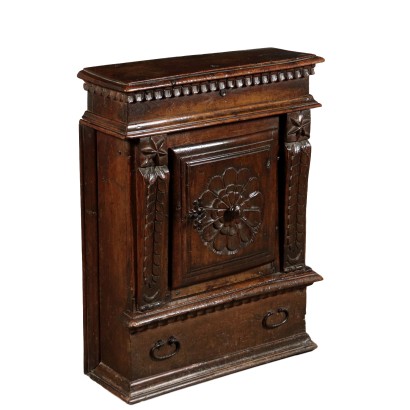 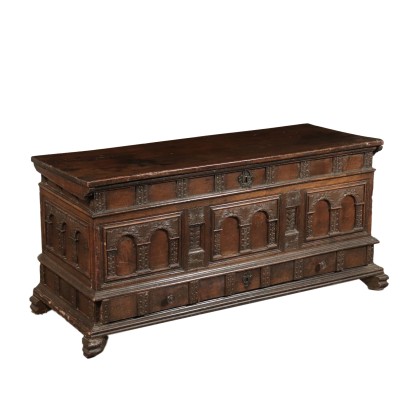 Spanish chest supported by feet inclined at 45°. It has a drawer on the folding countertop. Richly carved with geometric motifs, round arches with stylized natural motifs. 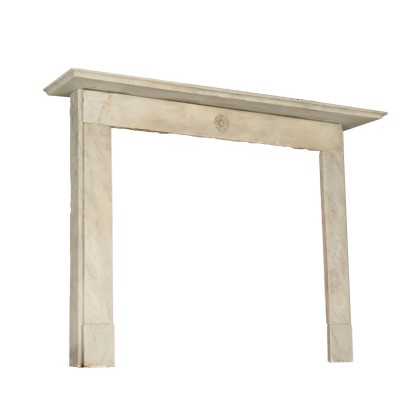 Neoclassical marble fireplace structure with a small rosette sculpted in the middle of the band. Manufactured in Italy, last quarter of the 18th century. 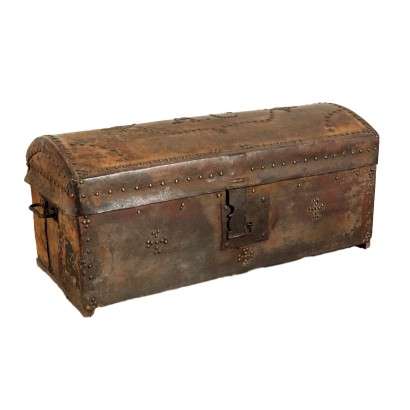 Tunk with convex top, entirely covered wid animal leather. It has side handlers and visible lock. Enriched with studs. 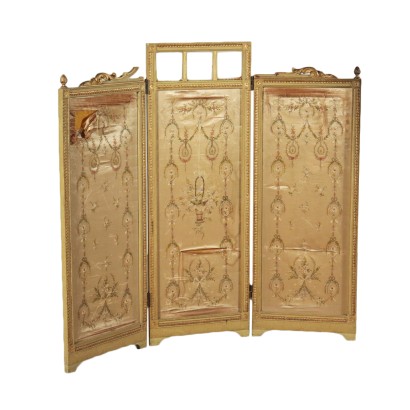