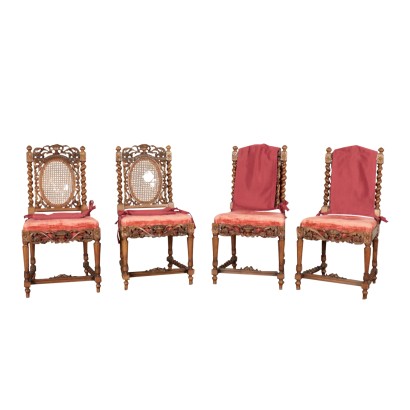 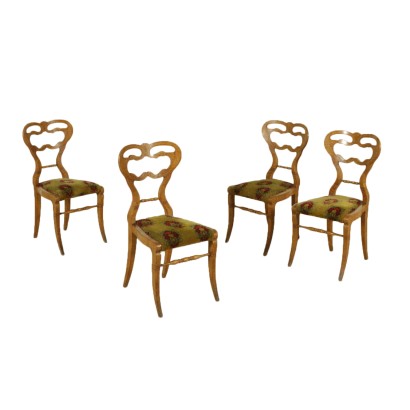 Set of four Biedermeier chairs attributed to Johann Nepomuk Geyer, finely inlaid ash burl with rosewood threads on the whole surface. Perfectly in line with the Biedermeier taste of the 1830s. The fabric is in Art Nouveau style and was probably replaced at the end of the century. Manufactured in Austria, second quarter of the 19th century. 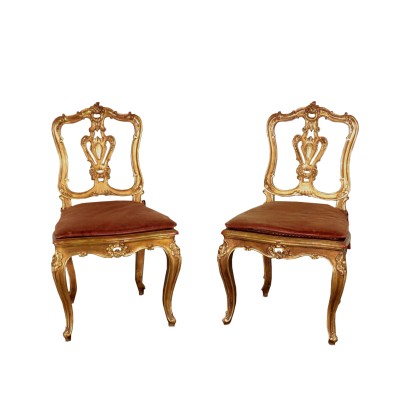 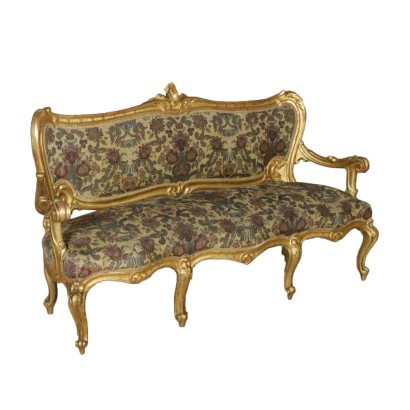 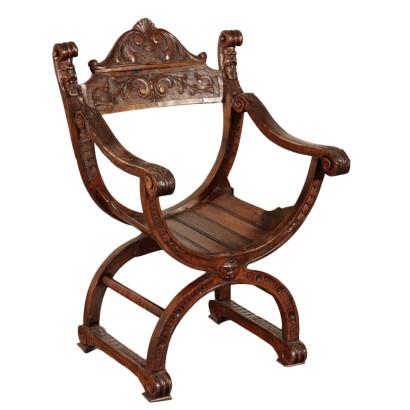 Armchair "Dante" in walnut carved with plant motifs and masks. 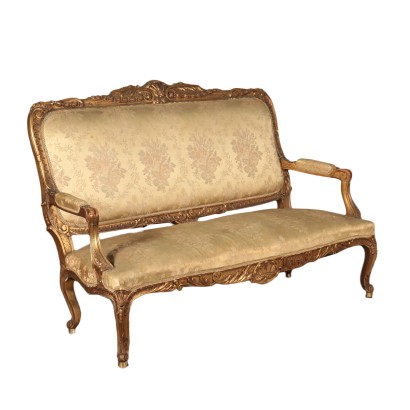 Sofa in the style of Neo Baroque, and stuffed the whole surface with triage, festoons and rocaille spirals. Golden paint. Fabric with floral motifs. 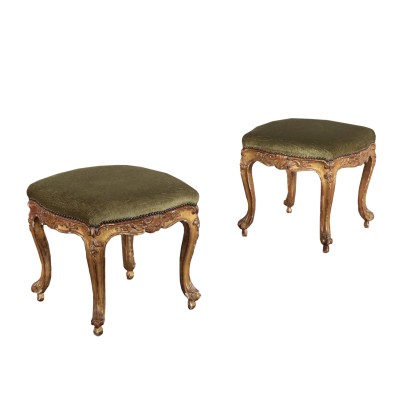 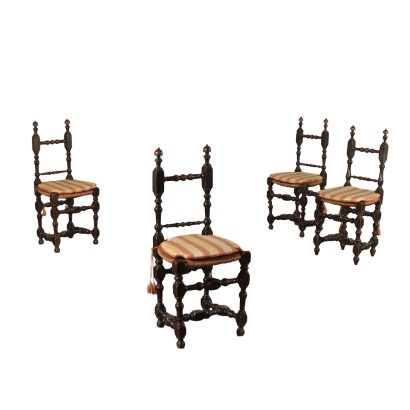 Group of 4 Chairs in the Style

Group of 4 Chairs in the Style 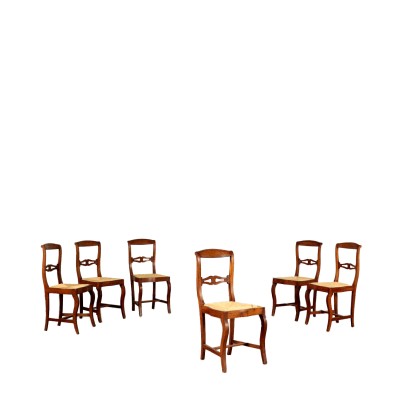 Group of six chairs restoration. The front legs moves, a saber to the rear. Back in the day, Sitting in the straw. 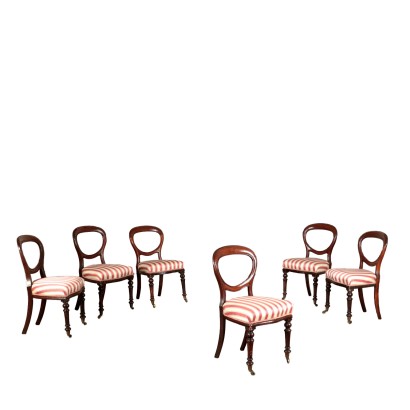 Group of six chairs straight from the front legs turned with ferrules with casters. Back in the day, and cushioned seating. 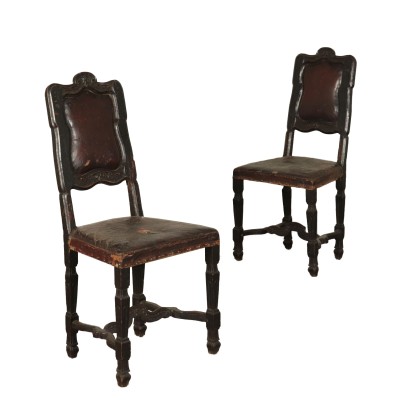 Pair of baroque chairs straight from the truncated-pyramid legs connected by cruise shaped. High-back molding with contoured and cushioned seating. 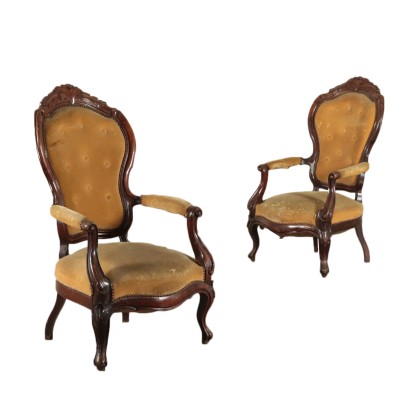 Pair of armchairs, carved from the line move. Seat and back upholstered. 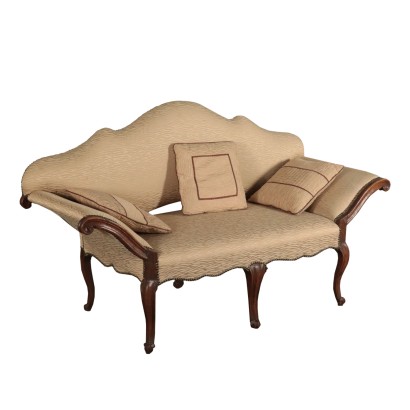 The couch mumps governed by the foot moved and carved. Features armrests jutting out. Contoured backrest and padded seat.

Group of six chairs Directory governed by a truncated-pyramid legs. Back in the day, sitting in the straw.

Chair-stool supported by ace of cups legs. Wood seat and framed back with integrated stamp. 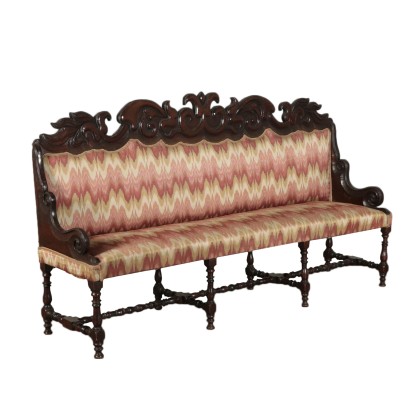 Sofa baroque righteous from the legs to the spool connected by the cruise. High backrest and armrests shaped and finely carved. The padded seat. 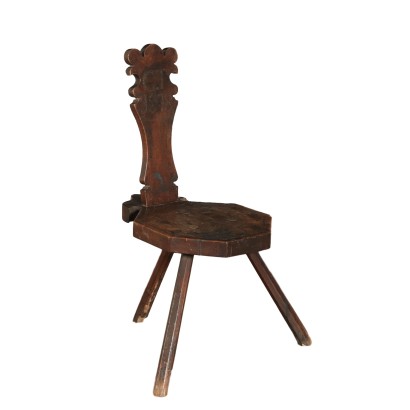 Renaissance stool chair supporte by three legs, with wood seat and moulded back. Burin carving of the year of costruction, 1578, and initials. 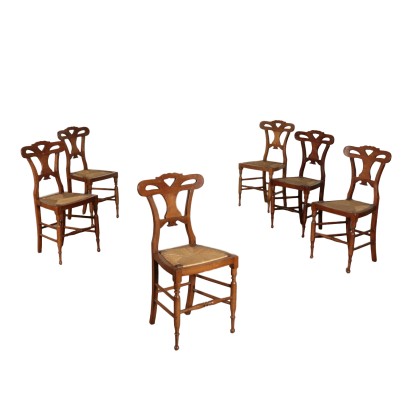 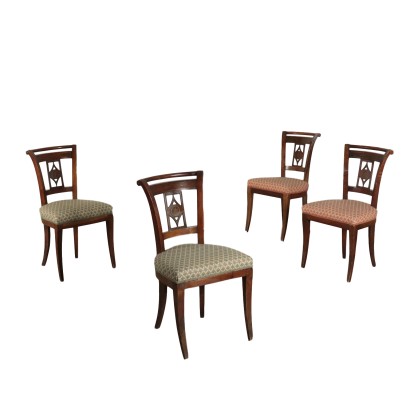 Group of four Restoration chairs supported by saber legs. They have open back with brass inlays. Padded seats. 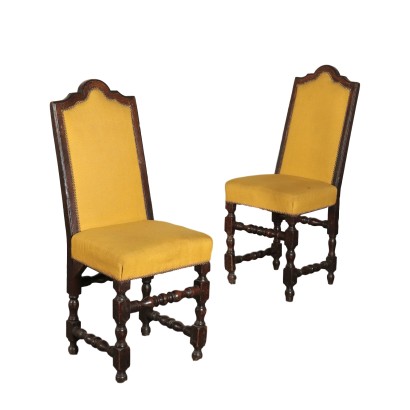