Benches antique, vintage modern furniture years 40, 50, 60, 70 Italian and international productions: in this section you can find all of the benches available in our catalog. 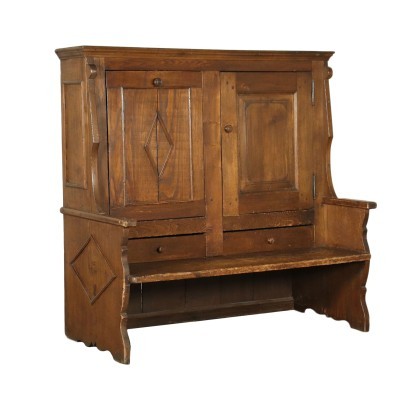 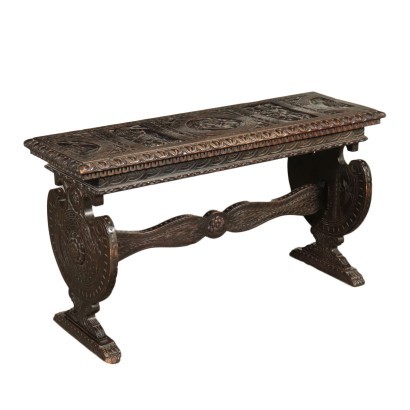 Neo-Renaissance style bench, supported by two cup-shaped pillars with lionine feet, connected by a spindle. Entirely carved with decors of Neo-Renaissance taste. The top is carved as well, with a central medallion with a princely bust in the middle, while there are an Archangel and a woman with a child and a dog in the other reserves. 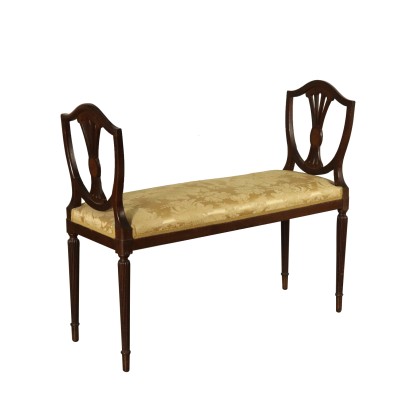 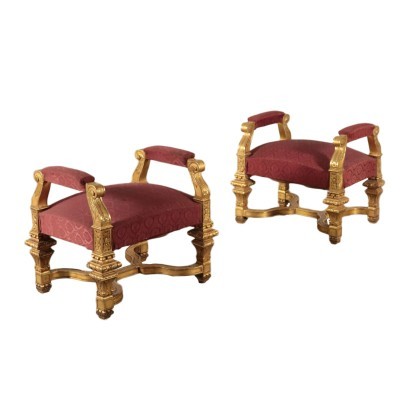