Mirrors and dressing tables of modern and antique, carved cornices, caminiere, psyche fans: in this section you can find all of the mirrors and picture frames available in our catalog. 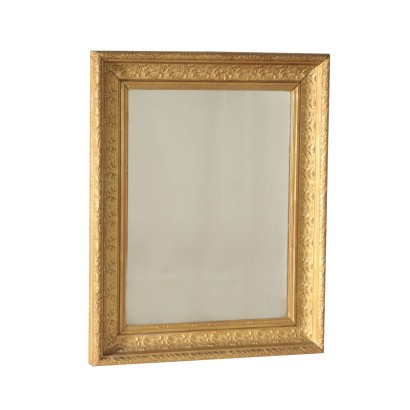 Frame finely engraved with neoclassical patterns on the monding; guache gilded but purpurin lacquered in 1900. 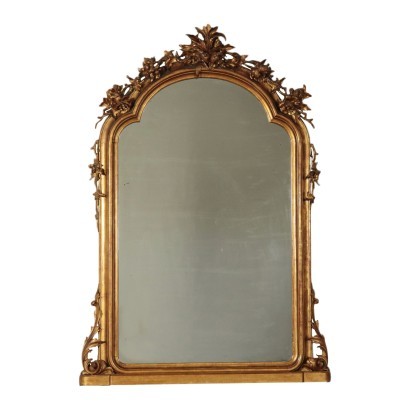 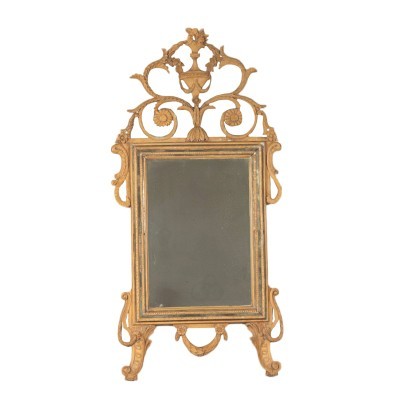 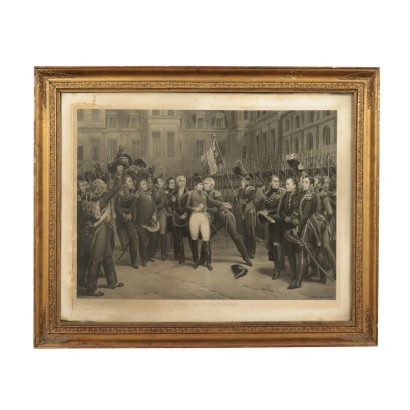 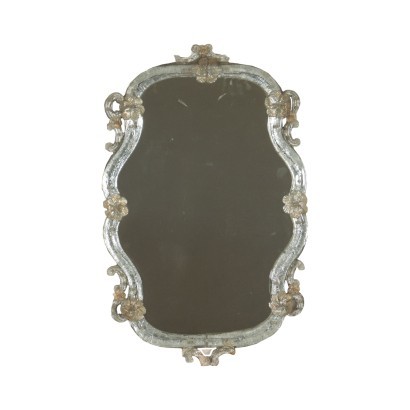 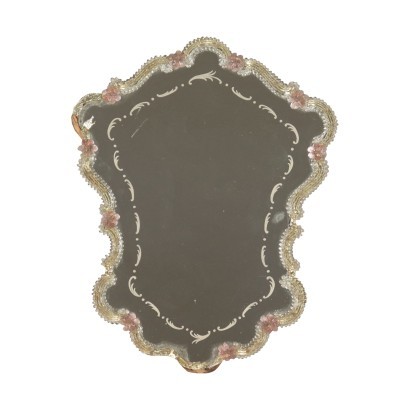 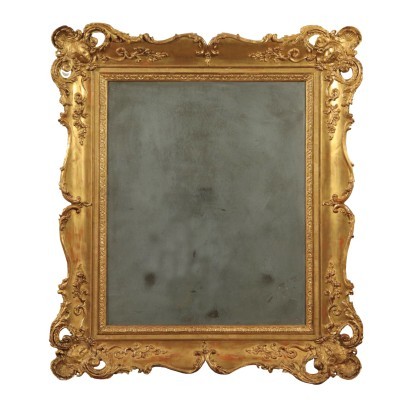 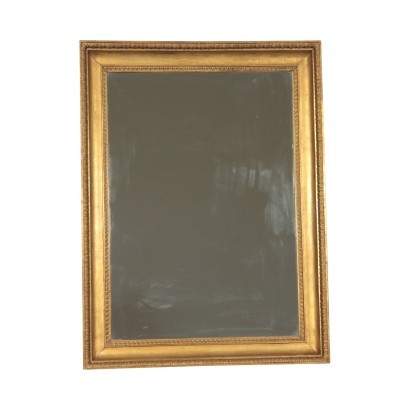 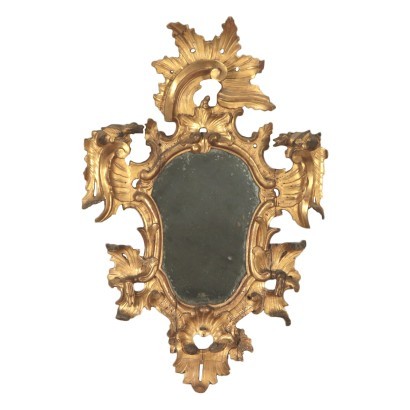 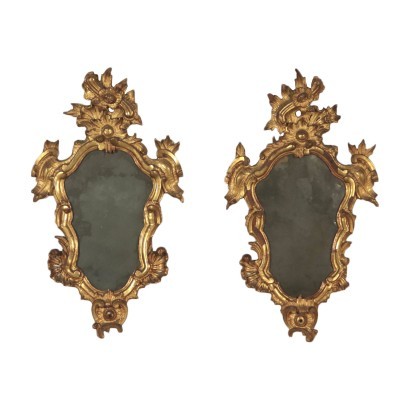 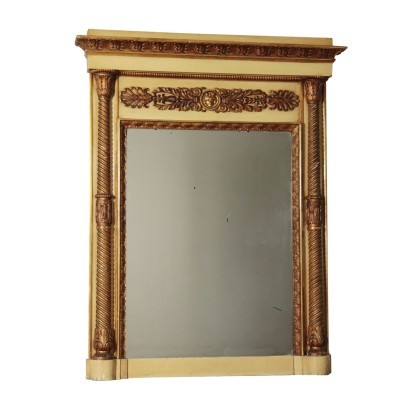 Mirror in the Neoclassical Style

Mirror in the Neoclassical Style

Mirror in the Neoclassical style, carved and gilded. The mirror is framed by motifs of leaves and the subsequent; and it lies between two spiral columns that support a shelf, adorned with a band carved to anthemius. Above the mirror is an elaborate frieze with a central medallion within which there is a female face and from which you can unravel the reasons foliaceous and anthemius. 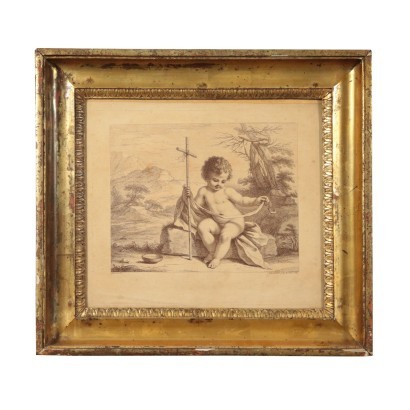 Frame the Empire, carved and gilded; the light is bordered by a frame of leaves subsequent. The frame is entirely gilded mecca, i.e. with silver leaf and then painted to give a gold effect. Within a print depicting san Giovannino, which is derived from an invention of Guercino, signed Bartolozzi and dated 1764. 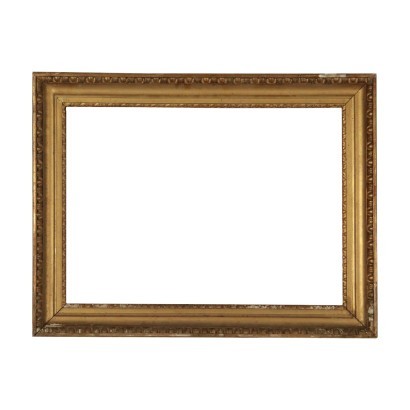 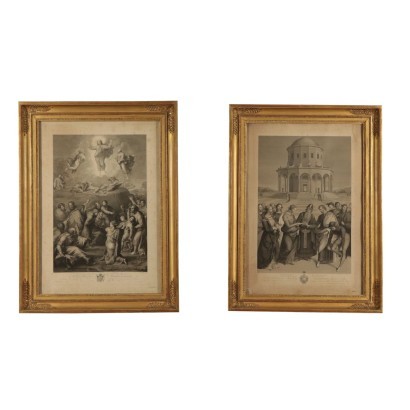 Pair of Restoration wood frame engraved with flowery patterns at the corners, entirey gilded. On printing represents the "Transfiguretion" of Raffaello, signed Raphael Morghen, while the other one represents the "Merriage of the Virgin" again of Sanzio, signed Giuseppe Longhi. 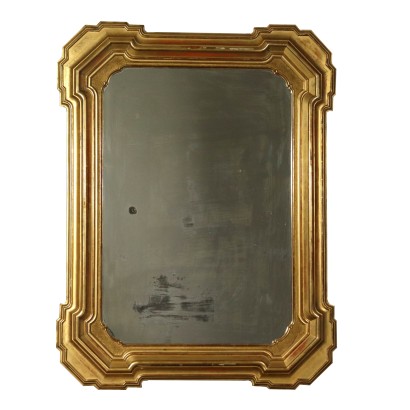 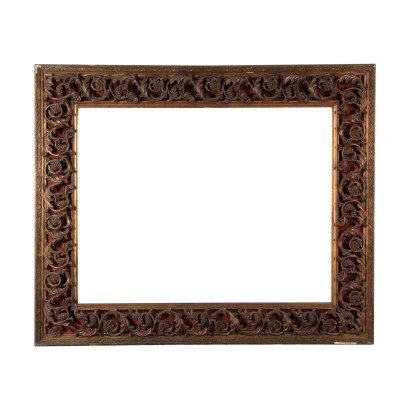 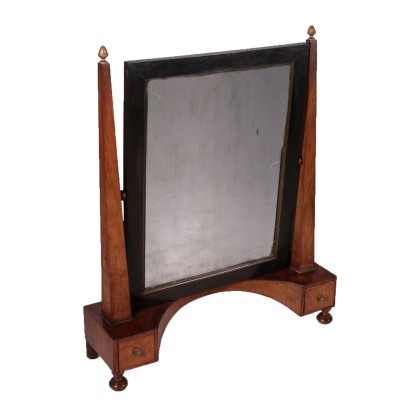 Small cheval mirror in Empire style. The mixtilinear base has turned feet and two small drawers. Two pyramidal "obelisques" with gilded turning support the tilting mirror. The frame's mirror is in ebonized wood. 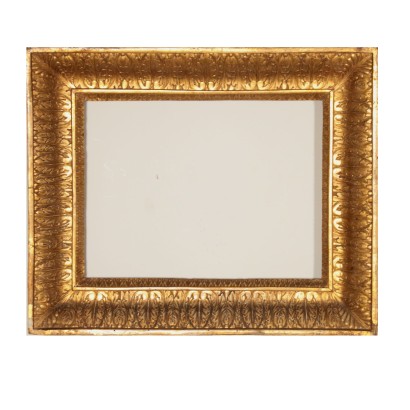 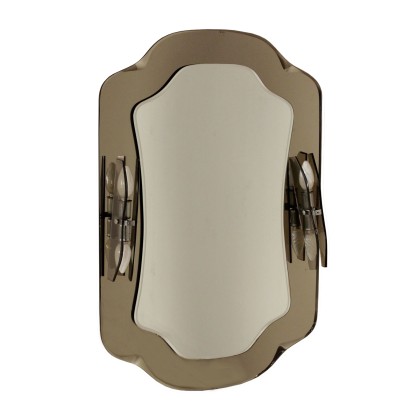 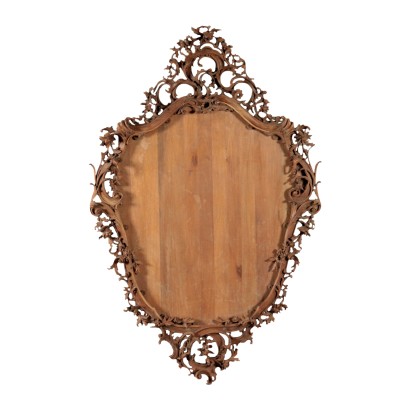